Your testing is only as agile as your test data 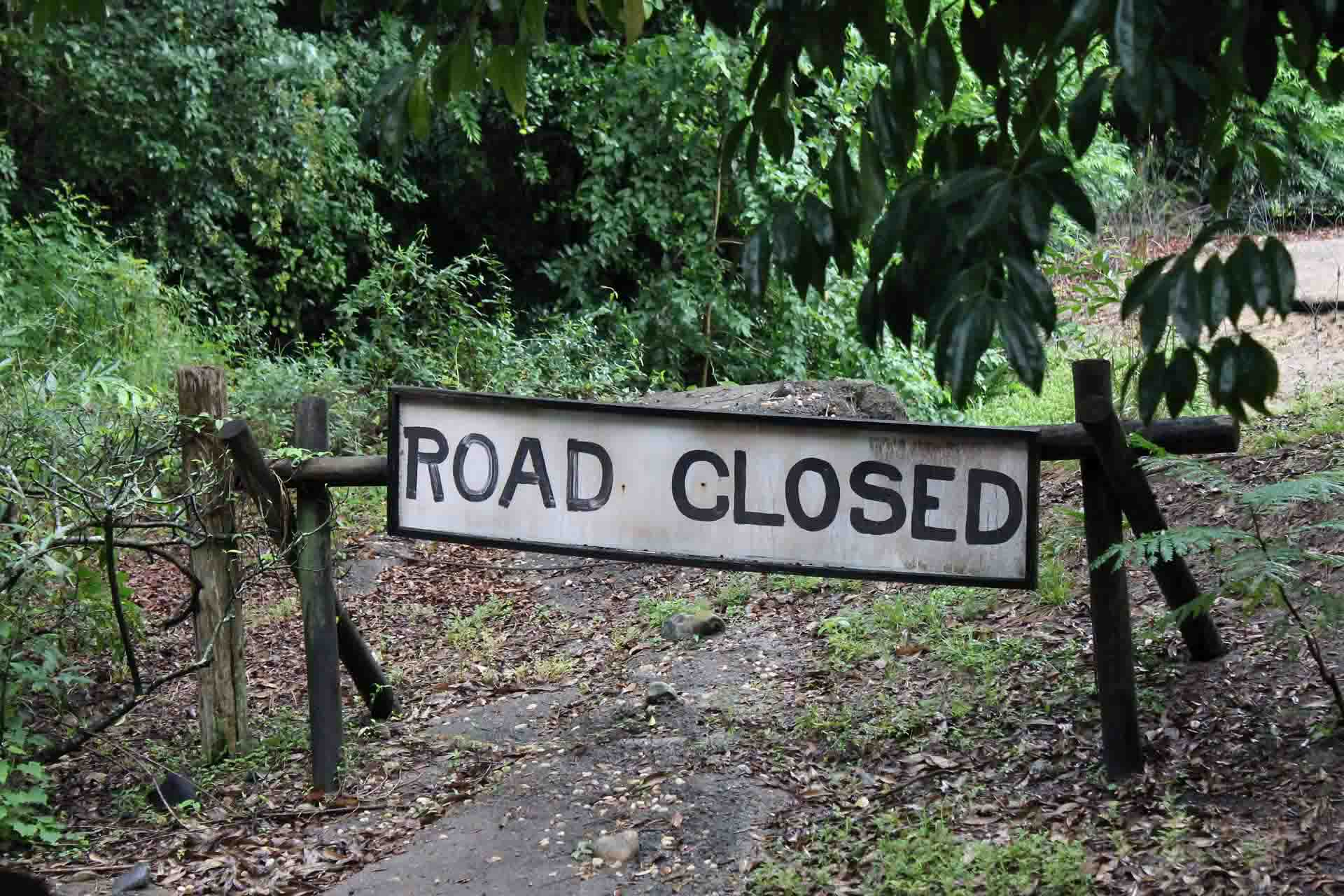 The drawbacks of traditional approaches to TDM were set out in Part One in this series. Logistical approaches to TDM focus almost exclusively on moving data as quickly as possible to QA environments, and TDM “best practice” amounts to “subset, mask, copy”. Part Two discussed the pitfalls of this approach from a compliance perspective, and Part Three then discussed why production data alone cannot drive testing rigour.

Both previous articles in turn outlined how synthetic data generation can support compliance and also provide the rich variety of data needed to test fast-changing systems. This final article considers “Test Data Automation” in terms of a third imperative of modern QA: testing at the speed with which modern applications change.

To discover more about the need for “Test Data Automation” and the technologies used in its implementation, please register for Huw Price’s live webinar in the DevOps Bunker on July 1st. During the session, Huw will set out why “The Time for a New Test Data Paradigm is Now“.

Too many testers queue up for last month’s data

“Logistical” approaches to TDM focus on moving production data to test environment as quickly as possible. The copies must be made at the speed with which production data evolves and must therefore must keep up with the release cadence for the systems under test.

Today, test Data provisioning must furthermore provide copies at the speed with which parallel test teams and their data hungry automation frameworks consume them.

Put simply, the siloed approach of “subset, mask, copy” cannot match this speed. TDM at many organisations is instead stuttered, provisioning a limited number of out-of-date copies. The individual TDM processes are frequently overly manual, hard to repeat, and inherently complex, and are therefore too labour-intensive and time-consuming.

Even with supporting technologies, masking, subsetting and copying large sets of production data is massively complex. Each TDM process must execute rules that retain the relationships within and across tables, as well as across whole schemas, databases, mainframe systems and files.

The relationships themselves are often highly intricate. An ECommerce System, for instance, might be built on a database where a column in one table feeds an aggregate in another. That aggregate might in turn feed a separate database underpinning an organisation’s Customer Relationship Management (CRM) system:

Executing any one end-to-end test requires masked data that reflects this logical trend, in addition to all other relationships across the interdependent components. If the data used by any two parts of system during testing do not align, the tests will fail due to poor data, rather than due to defects in the code.

Just how complex is your data?

The relationships get more complex yet, for instance when temporal trends are required in test data. Testing a finance system, for instance, might require bank log files, and these log files will reflect transaction data over time. The individual values will feed aggregates over time, that must likewise be reflected consistently in anonymised test data.

Editing any production data must reflect each and every one of these relationships, and this is where delays typically arise test data provisioning. Masking might remove personally identifiable information in one place, but that data must be removed consistently, across all interrelated values. Subsetting likewise cannot remove any one value or row without consistently removing all interdependent data, as otherwise it creates an incomplete data set.

This complexity means that data copies are often out-of-date by the time they are created, and are therefore misaligned to the test cases that need executing. Errors also arise when formulating the immensely complex rules manually, creating inconsistent data that undermines the reliability of test execution.

A lack of re-usability means that the Ops team responsible for the data provisioning must furthermore repeat slight variations of the same process each time they provision data. This lack of automation in a siloed approach creates significant wait times for data, and the time spent waiting for data copies can sometimes be longer than the allocated time for an iteration.

In sum, this siloed approach to data provisioning leads to inaccurate testing, performed late, producing false positives and test failures when there are no genuine defects:

So, you’ve got your data copy, how quickly can you test with it?

In addition to being out-of-date, the siloed approach can never provision enough copies of data quickly enough for parallelised test teams and data intensive test automation frameworks. An over-burdened Ops team instead typically provisions a limited number of copies, which parallel teams and automation frameworks must then compete for.

The good news is that TDM processes that retain the referential integrity of data are inherently rule-based. They can therefore be automated and made repeatable. Embedding the automation within automated test execution and CI/CD pipelines in turn leads to automated and test-driven “Test Data Preparation”, a process that finds, makes, and prepares unique data combinations as individual tests are created or executed.

In this approach, the rules used to drive TDM processes must be formulated in a way that is repeatable. The definition of the rules must furthermore be flexible enough to work with variations in data, creating rich and realistic data as systems change. The re-usable rules must then be easily parameterizable, to avoid reworking and recreating processes as test data sources rapidly produce new data.

Defining rules in logical workflows provides one method for maximising re-usability. The workflow does not require constant maintenance or rework each time the TDM utility is run against a new data set. Instead, the decision gates in the flow handle the variation. This can be seen in the below flow used in synthetic test data generation, in which several processes contain are “nested” and handle the decision making:

A human responsible for provisioning test data only needs to define the complex decision-making process once in a visual model, and everyone can then set parameters each time they re-use the process against a new data set.

The example flow above furthermore is taken from Curiosity’s Test Data Automation, which furthermore auto-generates a data model and populates many of the rules involved in test data management. This further removes the complexity from rule definition, retaining the integrity of complex data.

When testing complex systems, the workflow engine should furthermore be extensible, for example using APIs. Existing TDM processes and tooling can then also be incorporated in the re-usable TDM processes.

Building a self-service portal for repeating the TDM processes furthermore empowers parallel test teams to prepare the data they need, as they need it. The below example is taken from Test Modeller, and shows a simple UI for re-using processes stored in a “test data catalogue”:

In this approach, parallel testers are no longer dependent in this approach on an upstream team, but can select parameters in a simple form and hit “Play”. This will find, make and prepare the data they need, for instance subsetting data from a back-end database.

There are furthermore multiple methods in which the automated processes might be embedded within test automation and CI/CD pipelines, creating automated data “preparation”. Scripting or the command line might be used to invoke the process, as might integrated Continuous Integration engines.

Model-based Test generation provides another way to integrate data preparation within test automation, with the benefit that data can also be prepared as tests are generated. This approach embeds the re-usable TDM process as a node in the model, and test data preparation is then generated as a test step.

This is seen in the below example, in which a simple set of test cases are auto-generated from a model. The model includes a re-usable TDM process. As the tests are generated and executed, the re-usable process finds and makes data from a back-end database. Notice that each test has passed and valid data has been found for each, indicating that the pass result is not a false positive:

Preparing data for complex systems is typically a multi-step process, as seen currently when Ops teams run several processes against a database to create test data. An automated approach must therefore be capable of linking several repeatable processes together, while retaining the integrity of the data.

One workflow might perform this multi-step creation, as in the above example where data is both found and made. Alternatively, several automated processes might be chained together, passing values and parameters from one path to the step.

Multi-step preparation gathers disparate TDM technologies and processes into a unified approach. Embedding this “just in time” test data allocation as a standard step within test automation and CI/CD pipelines removes many of the bottlenecks discussed earlier. Several automated actions might typically then occur at the point of test execution:

Up-to-date data for each and every test

Preparing data “just in time” during test creation and execution matches unique data combinations to each and every test. If multiple tests require similar data, unique identifiers are edited each time, all while retaining data integrity.

This ensures the validity of data for each and every test. In the above example, the automation furthermore validates the data “match” based on the test case definition. The definition is stored in the model, but the extendable workflows might also interact with test cases stored in spreadsheets, in test management tools, or beyond:

This process therefore ensures that each and every test has the data it needs, exactly when it is needed to test fast-changing applications. The constant availability of quality data in turn enables the continuous delivery of rigorously tested software, meeting the challenges of rapid software delivery.

To discover how Test Data Automation can align your test automation and data, register for Huw Prices’ live webinar on July 1st, “The Time for a New Test Data Paradigm is Now“.